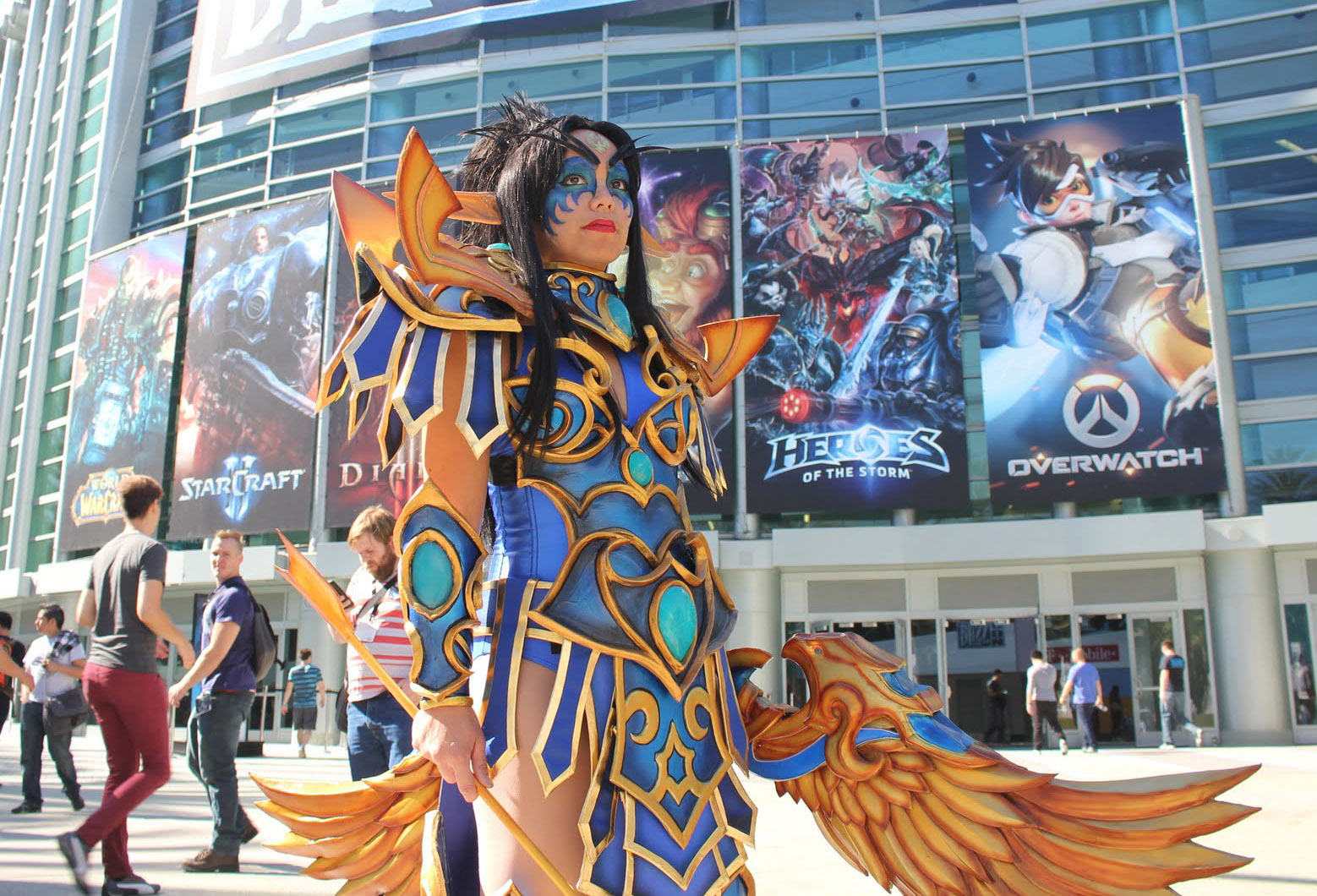 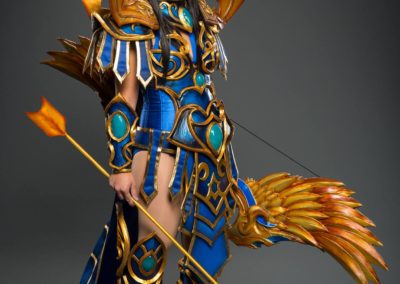 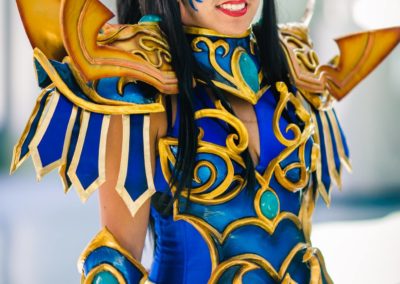 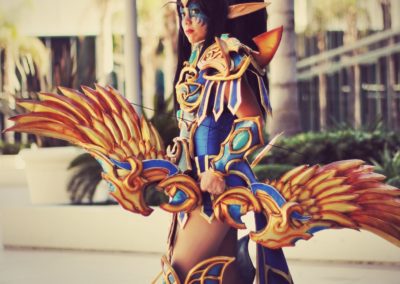 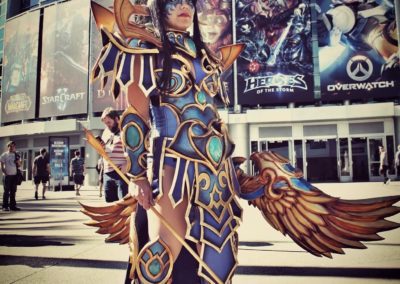 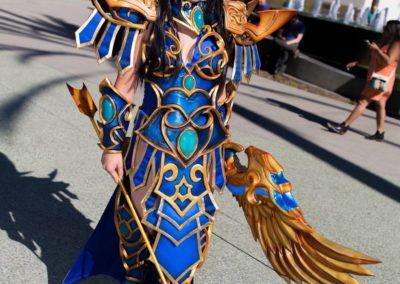 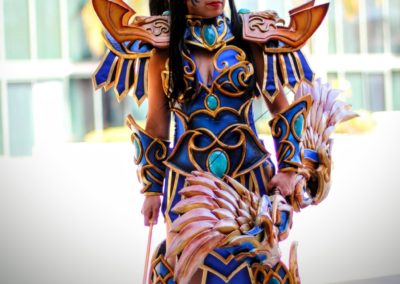 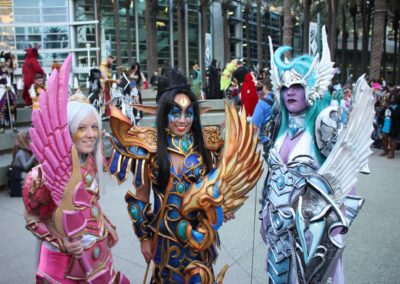 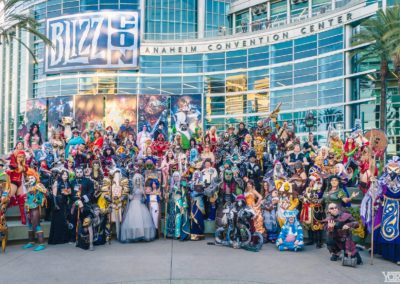 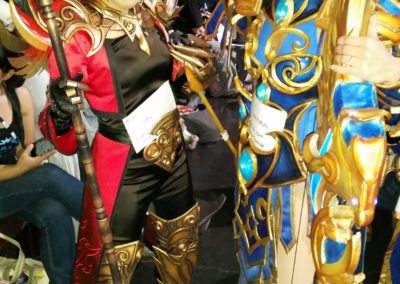 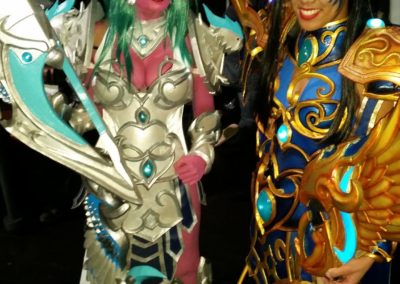 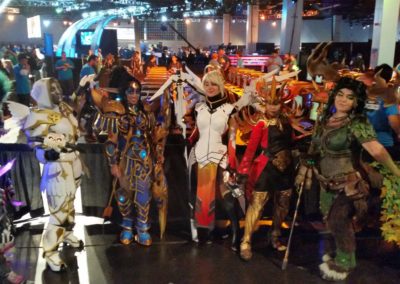 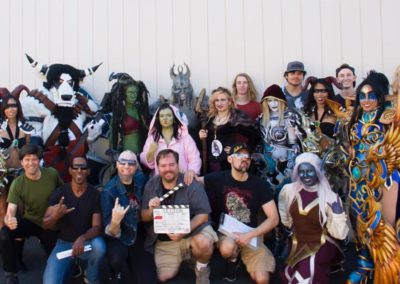 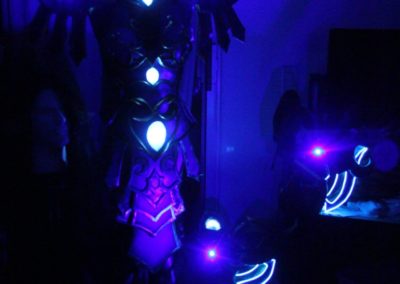 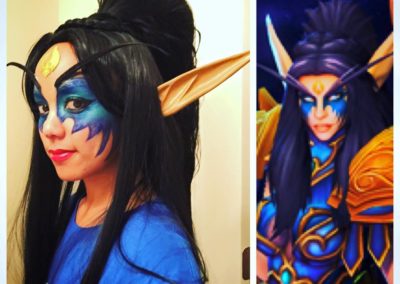 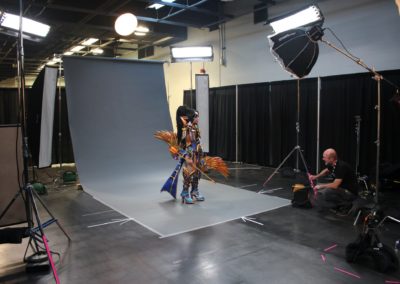 Tyrande Whisperwind was one of the first few characters released as part of Heroes of the Storm! Tyrande also has a red Blood Elf skin, as well as a blue recolor of the red original one. In World of Warcraft there exists a race called the Quel’dorei, or the “High Elves,” and this skin is homage to those characters. 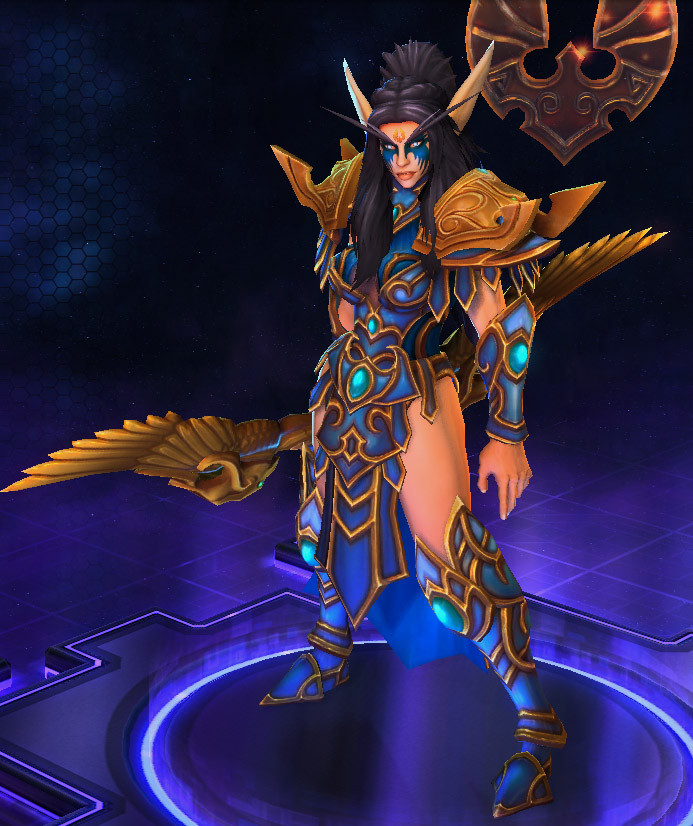 One of my favorite aspects of the costume was constructing Blood Elf Tyrande’s bow.

Check out my fully detailed build write-up on constructing her bow!

I also wore this to Songhammer’s music video shoot as a cosplay extra!

Check out the video guide I created on how I supported Tyrande’s high ponytail wig structure.

END_OF_DOCUMENT_TOKEN_TO_BE_REPLACED 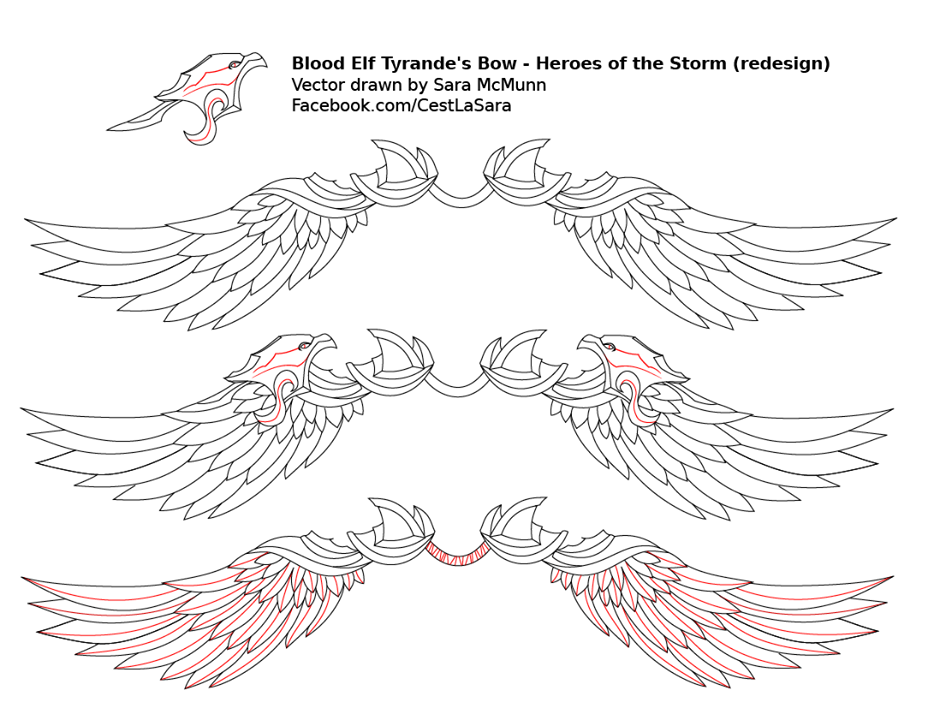