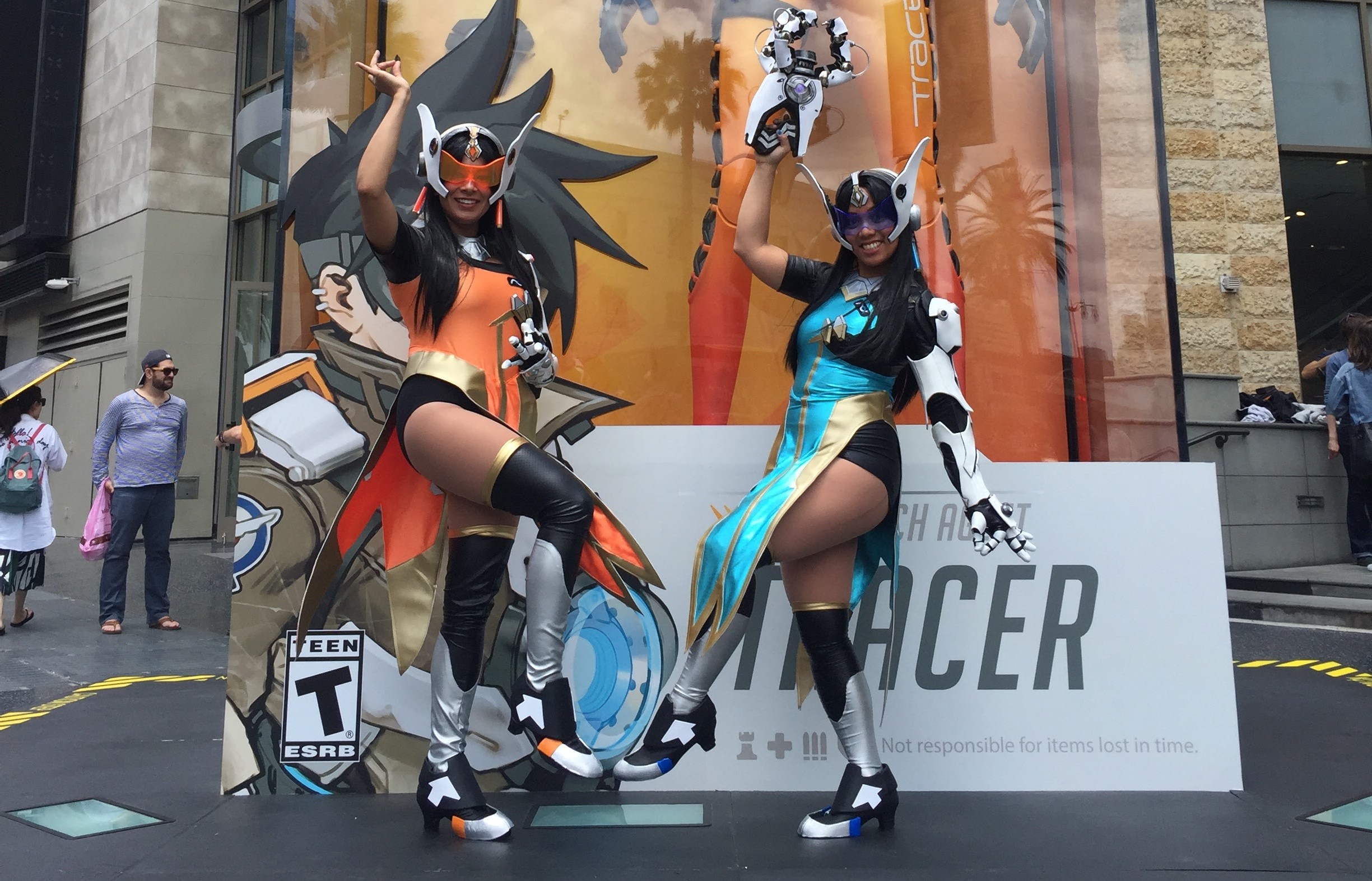 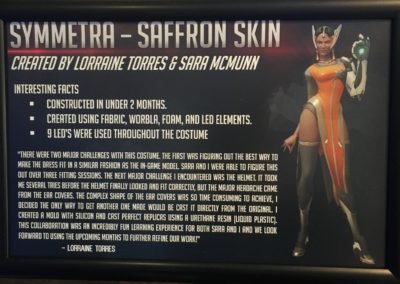 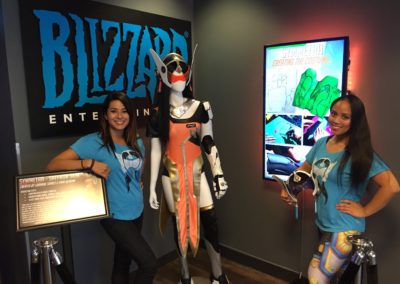 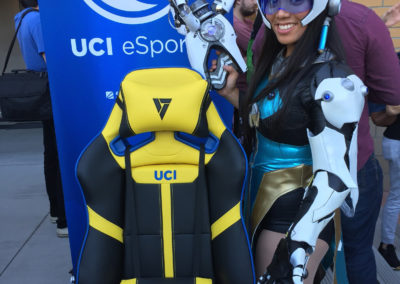 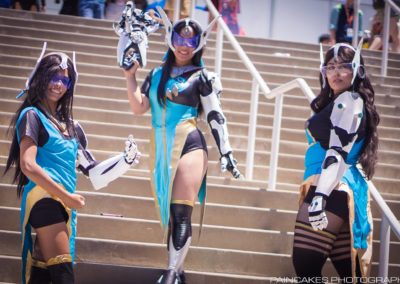 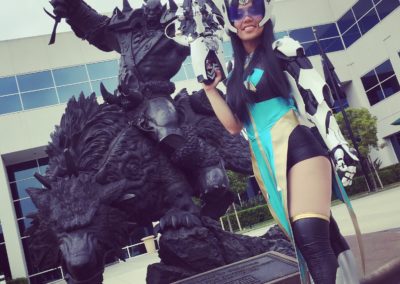 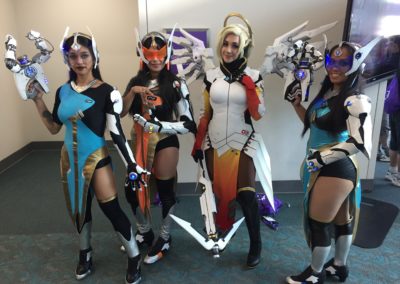 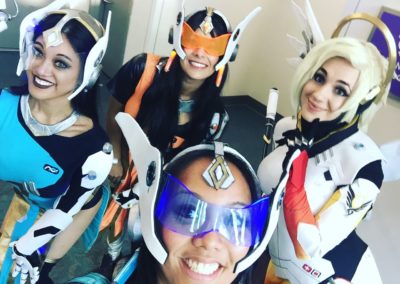 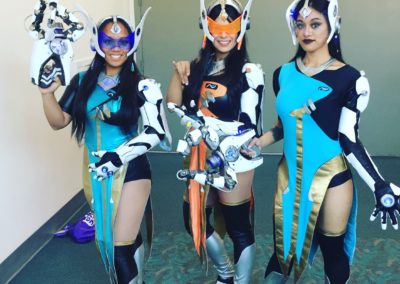 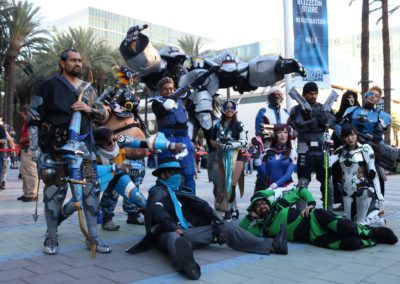 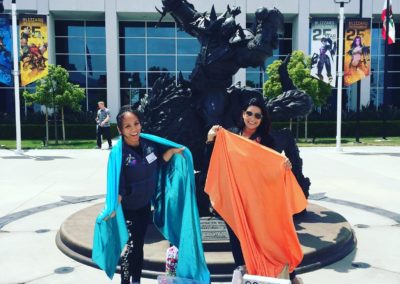 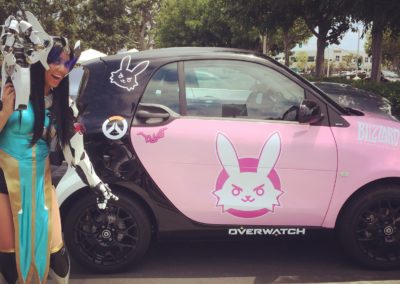 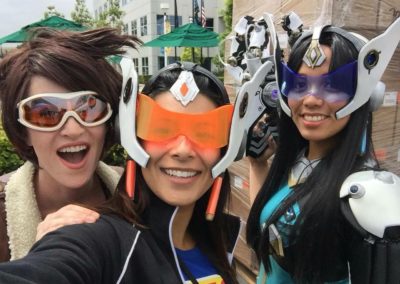 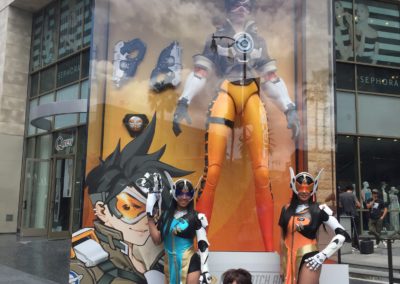 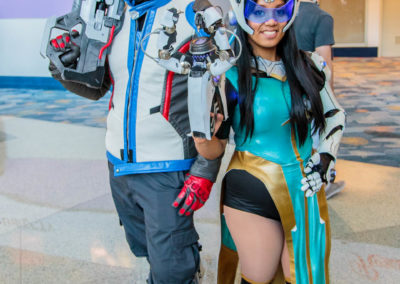 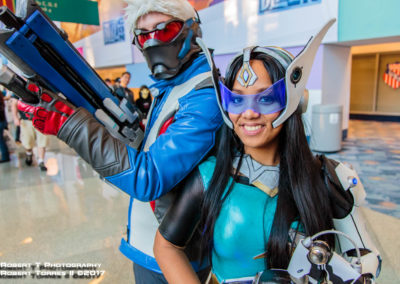 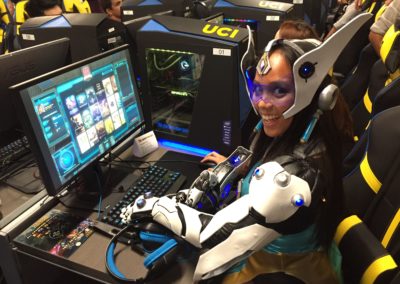 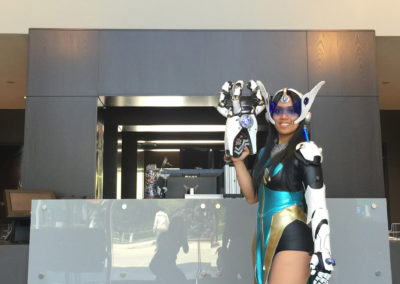 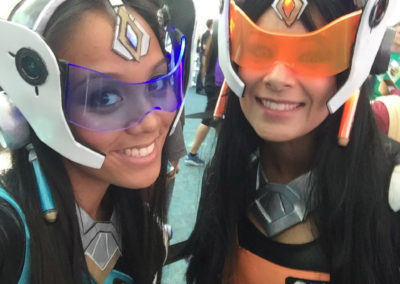 Saffron and Original Symmetra costumes were both part of a joint commission Rainyia Cosplay (Lorraine Torres) and I worked on for celebration of the release of Overwatch in May 2016! We completed both costumes in about 3-4 weeks, and our Saffron Symmetra was displayed in one of the buildings at Blizzard campus. This was an enjoyable project as we involved a number of other members of community to help bring this alive with some publicity.

I worked primarily on the sewing portions of both of our dresses + weapon prop, and Rainyia Cosplay made all the worbla armor parts. 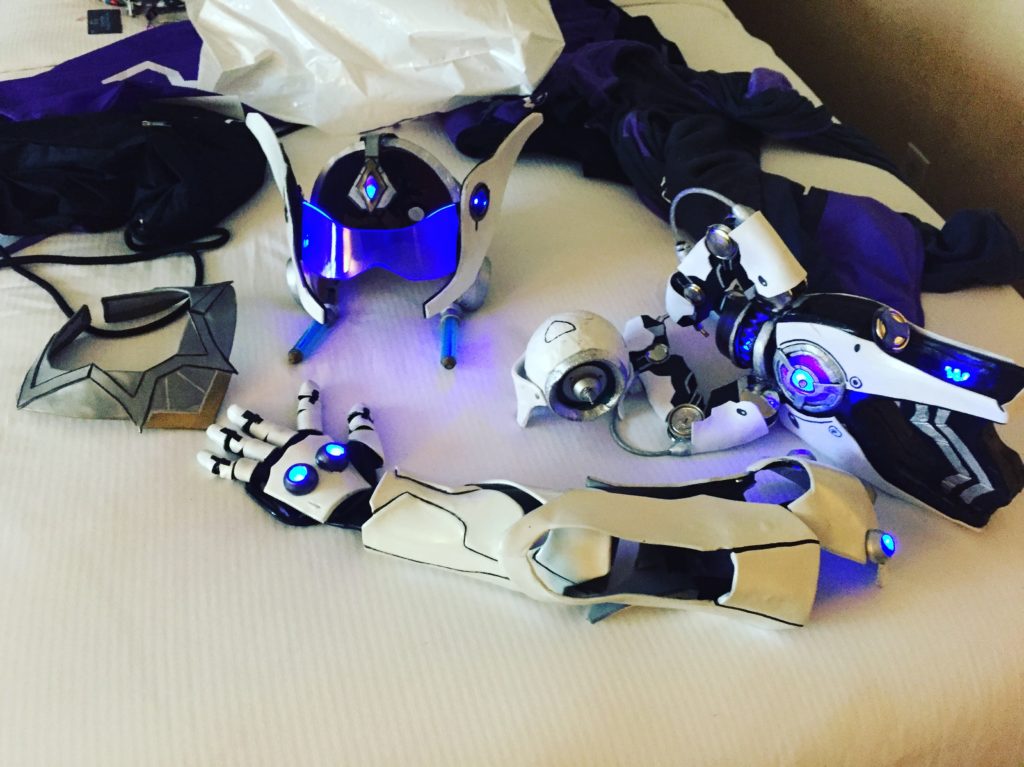 All the armor parts laid out

We thank the following:

I also wore this to Twitchcon and the grand opening of the UC Irvine Esports arena! 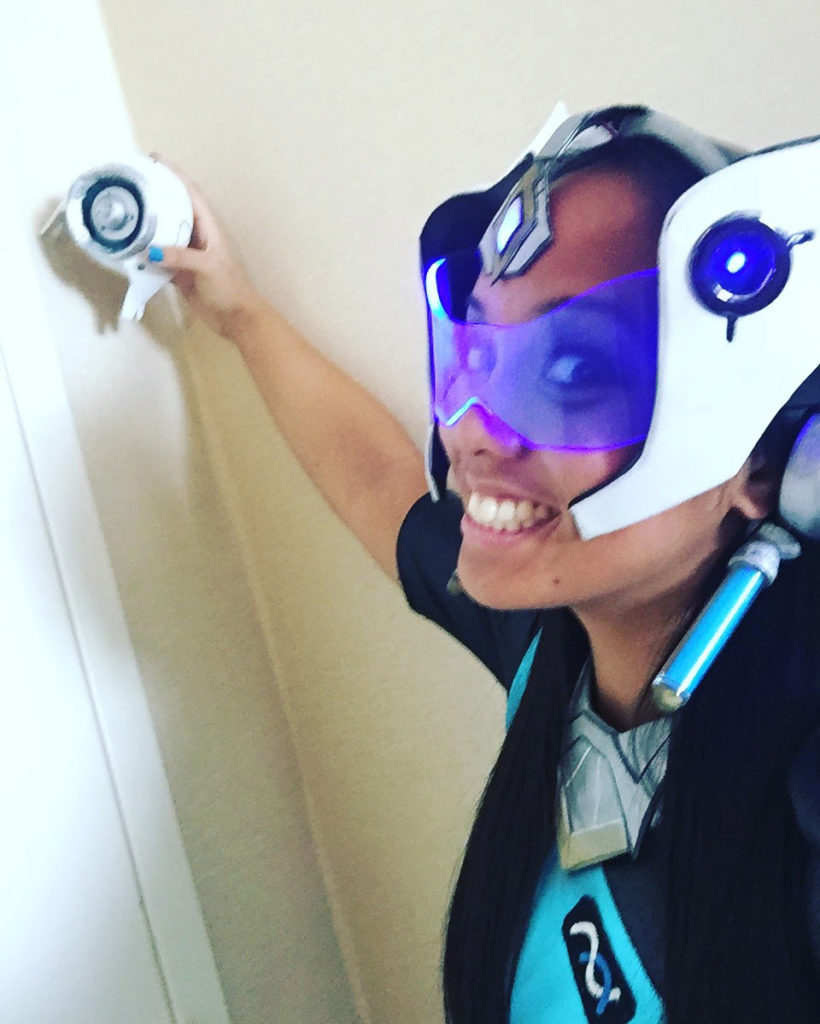 Rainyia Cosplay made a turret! 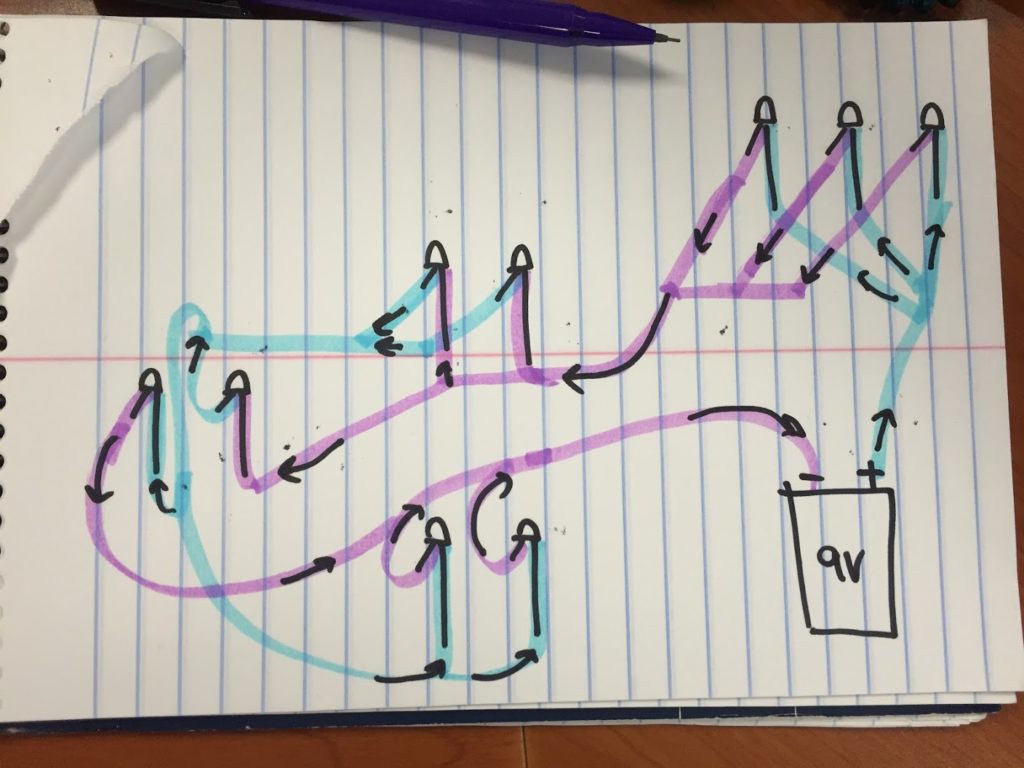 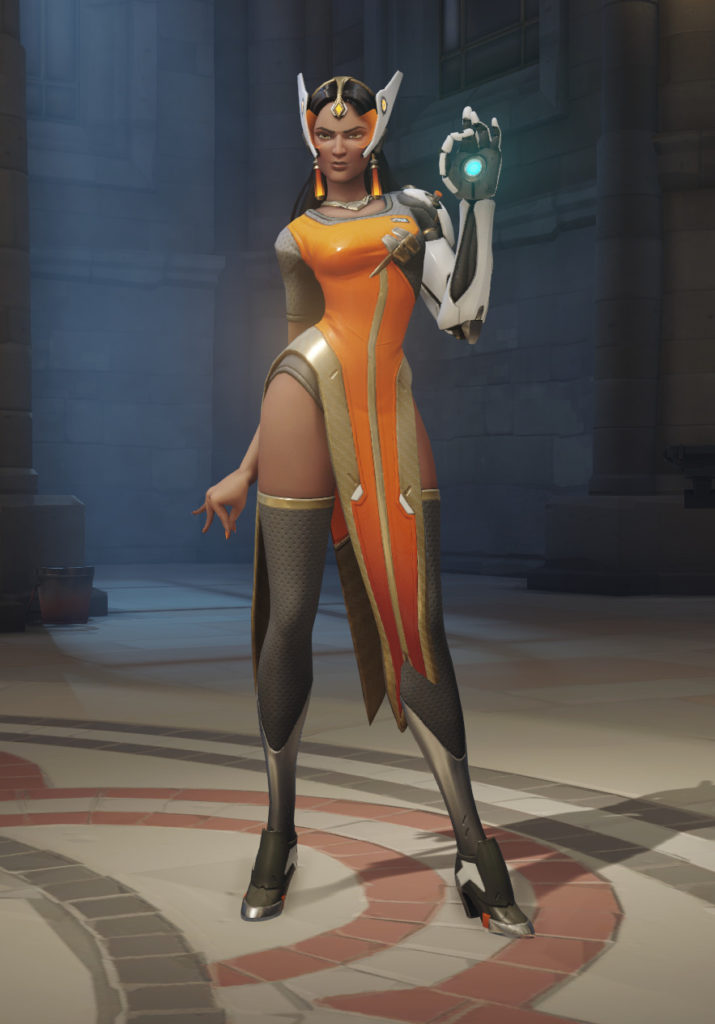 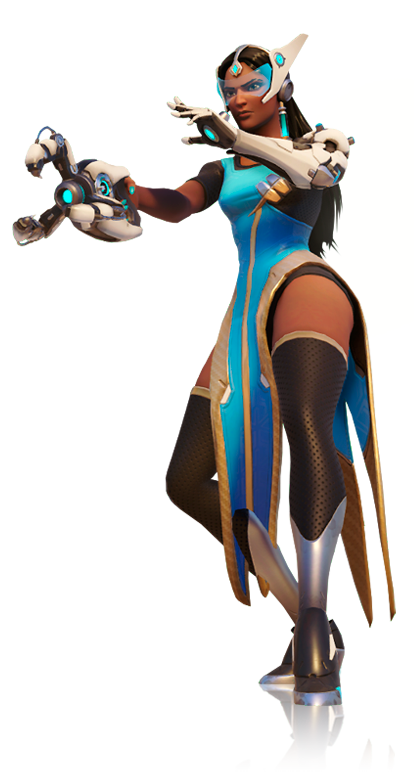 We were also featured in Blizzard’s Video with us at Hollywood! 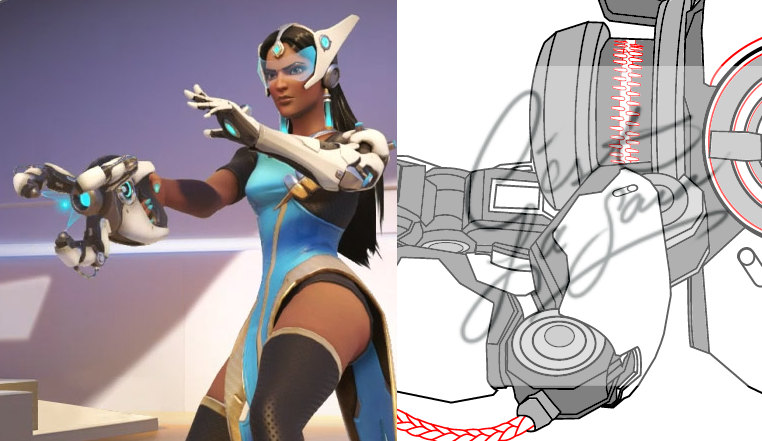